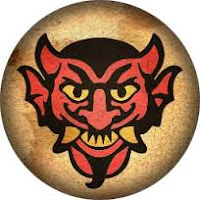 Financial fraud is the fastest growing form of elder abuse. Over 20% of Seniors will be victims and it is tough to combat, in part, because it usually goes unreported.  Fraudsters that prey on Seniors often use the same “grooming” techniques used by child pedophiles.

Many people have heard the term "grooming", but most will think of the name only in the context of child sexual abuse.  elder grooming is the adult equivalent to child grooming and applies to any behavior where an older adult is manipulated, so they unwittingly allow exploitation to occur. The fraudster typically belongs to the same affinity group as the victim, and befriends or builds a relationship with the victim to establish a relationship of trust.

An "affinity group" is a group formed around a shared interest or common goal.  These groups may include families, churches, social organizations, ethnic groups, political groups and neighborhood groups.

Not unlike child victims of a pedophile, elderly financial fraud victims are often fearful, or embarrassed by the crime and do not report it. It has been estimated that there are at least five million cases of this financial abuse in the United States each year, but law enforcement learn about only 1 in 25 cases.

Who are the elder victims of financial fraud?  The victims are those whose defenses are down, including the lonely and the emotionally and physically compromised. Predators are practiced, and superb at what they do. Few get caught. However, those who do get caught, tend to learn from their mistakes, and refine their techniques.

Almost all elder fraud pedophiles have come to the attention of insurance or securities regulators and had a history of misdeeds.  They frequently have had their licenses suspended, revoked, had multiple consumer complaints filed against them, have been charged by a regulator, and lack appropriate professional designations.

In my seminars, I teach Seniors how to use public sources to identify these past “sins” and how to avoid financial exploitation.  The first thing I usually tell my audience is to write down the names of the three most “charming” people they know.  Contact me if you need a speaker for your group.

Grooming Steps:
A predator will identify and engage a victim and work to gain the target’s trust, break down defenses, and manipulate the victim until they get whatever it is they are after. Here are the hallmark steps of grooming.

What Grooming  feels like:
At first, it can feel exhilarating. The predator is accepting of the total you, attentive, sensitive, shows empathy and provides positive reinforcement. Victims can be so overwhelmed by the attention and acceptance; they will often ignore red flags that might alert them that the person who is showering them with the attention is somehow artificial.  The abuser breaks through a victim’s defenses, gains trust, and manipulates them. The victim finds themselves willingly handing over money or assets. In the end, the victim often feels confusion, shame, guilt, and remorse. These emotions are often powerful, and a panic comes with the potential of being exposed for having been a victim. A fool. The victim often becomes depressed or despondent.

Posted by Greg Wright at 6:59 AM No comments: