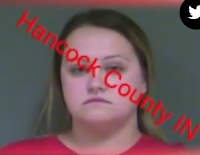 Kristen Parr is out of jail after spending four days behind bars in Hancock County for a crime she didn't commit.

Someone used her ID to test drive a car, and when the car wasn't returned, a warrant was issued for Parr's arrest.  She was arrested at her home and was taken into custody on a Thursday.  Because the county offices were closed the very next day for a county festival, Parr wasn't able to see the judge until Monday morning.

She spent four days in jail for a crime she did not commit.

As explained in my Greg’s Talk titled “Electronic Home Invasion,” your identity can be stolen and an arrest warrant issued.  You could experience the same four days in jail.

Also, as I suggested in this blog this past July 24, 2019, do not let anyone photocopy your driver’s license.  Your driver’s license in the hands of a fraudster is more dangerous than them having your Social Security number.
If you have your identity stolen, file a police report, and keep a copy with you at all times.

If you let someone copy your driver’s license and they use it for nefarious purposes, it becomes much more difficult to prove your innocence.  Attend one of Greg’s Talks to learn how to protect your identity. Many don't know that 30 % of SSNs have been compromised.  Check yours out with a PI or CFE.

Parr says she left her wallet in February while celebrating her birthday at Circle Center Mall. After she realized she left it there, she returned, but it was not there.  She then filed a police report with IMPD and obtained a new driver’s license.

After four days in jail, all charges against Parr were dropped by the Greenfield police.  They have video from the car dealer and are still looking for the person who used Parr's ID to test drive the car.

The mug shot was a screengrab from RTV6.

Posted by Greg Wright at 7:34 AM No comments: 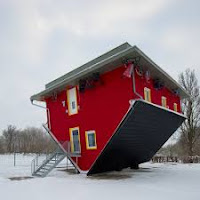 The Federal Trade Commission is charging one company with lying to consumers to convince them to attend the company’s supposedly free real estate seminars.

The company promised to give away the secrets to making money flipping houses at the event, but actually, they charged thousands of dollars for the “secrets.”

The “free” real estate claims that attendees can learn how to flip houses to make money. However, the FTC claim is that this Utah operation is a scam, with the company allegedly using “deceptive promises of big profits to lure consumers into real estate seminars costing thousands of dollars.”

The FTC claims that one company uses celebrities in its advertisements to lend credibility to the seminars, including endorsements from HGTV’s “Flip or Flop,” and Dave Seymour from A&E’s “Flipping Boston.”  The three-day workshop that they are likely to earn thousands of dollars in profit, often with little risk, time or effort, regardless of their credit history.  Sign me up!

According to the FTC, the ads convinced consumers to attend free events that would teach consumers how to make large profits by flipping “using other people’s money.”  However, the FTC claims that the “free” seminar is actually a sales presentation for a three-day workshop that cost as much as $2,000.
One firm, according to the FTC, says “It backs up these representations with a money-back guarantee – consumers who do not make ‘a minimum of three times’ the price of the three-day workshop within six months will receive their money back.” The seminar will “teach them everything they need to know to make substantial income from real estate.”

Posted by Greg Wright at 1:11 PM No comments: