The Puppet Goes to Jail

Preface
Something about the Phyllis and Marla Stevens embezzlement case did not feel right, but I could not put my finger on the inconsistency. 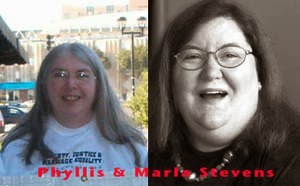 As you may know, I have been researching long-term embezzlers that have been successful in avoiding detection for eight years or longer.  All of the individuals in my study have been convicted in a court of law and have served time in prison.  Since the majority of embezzlers are caught within three years, I’m trying to learn how a few are able to avoid detection for a much longer time.
Phyllis Stevens was a home-grown Indianapolis resident that had worked for a local insurance company and its successor Des Moines Iowa organization for over thirty years.  I read Indianapolis news accounts, Advance Indiana blog posts and, as I got deeper into the weeds, Des Moines Register articles by Tom Witosky, and court documents.  Something did not click.

I communicated with people that have known and worked with this same-sex married couple, Phyllis and Marla Stevens.  I also exchanged emails with a fellow Certified Fraud Examiner and the FBI Special Agent that put the federal case together.  I am not a psychologist; therefore, I reached out to my criminal psychologist friend, Paul Babiak, Ph.D., for help in sorting it all out.  Paul, the co-author of “Snakes In Suits”[i], read the background materials I sent him and referred me to sections in his book.  The following is a summary of Paul’s writing and other materials concerning the subject.

The Puppetmaster
The most attractive targets for puppetmaster con-men are women who are insecure, lonely, self-viewed as flawed, and isolated from friends and family.
The puppetmaster has a talent for “reading people” and making themselves non-threatening and reassuring.   Many are financial parasites leeching their victims.  By quickly identifying the target’s weaknesses and “buttons,” they can appear to like and understand them.  Their message reinforces a fragile person’s self-perception, in effect, saying, “I like you just as you are.”

By convincing the victim that they understand, like and appreciate them, is a powerful validation and makes the victim feel very special.  This often disarms their defenses.

The victims – the puppets – enjoy the attention and, even if they suspect that they are being manipulated, often they have been disarmed and may be afraid and embarrassed to stop the process.  Some of the victims take on attributes of abused spouses and blame themselves for their emotional abuse.  The victims often take full responsibility for the actions that were initiated by the puppetmaster.

In describing his role in the theft, one puppetmaster-offender had this to say:
“At a church organization, a friend introduced me to this plain looking, shy plump woman.  We started to talk and to know each other.  I started to know her and, because, the more she told me about herself, the more leverage I had.  I listened.  The more I knew about this woman, the more I know what buttons to push.  So, I started pushing those buttons.  She had a lot of unresolved issues from her childhood, her sexuality, guilt, so I started to get her to feel her anger.  She had suppressed anger and felt especially very angry toward her employer.

I became her lover.  Later I said about her employer, “They have money.  Lots of money.  Why don’t you take some? I’ll help you spend it because I’m your friend.”  The situation escalated, and I encouraged the escalation.  I don’t know if in the back of my mind I truly believed what the capabilities were, but I did not care.  So it started to become a plan.  I just keep the feeling the fire, the more fuel I added to the fire the bigger payoff for me and plus that sense of control, power.  I became the puppetmaster pulling the strings.”

The Puppet Goes to Jail

Phyllis took most of the blame for the crime and testified that she lied to Marla.  However, according to some accounts, Marla Randolph Stevens manipulated Phyllis Rowe Stevens into embezzling $6 million from Phyllis’ employer.

This decade-long criminal series started at Indianapolis Life and continued after it was sold to Aviva.  Phyllis transferred to Des Moines continuing the embezzlement.  Marla stayed behind in Indianapolis.

Was Marla the puppetmaster as some believe?
Part II will be published next week and contain more details about Marla and Phyllis Stevens' crime. Your comments will be welcomed.