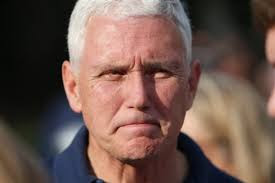 This morning I asked Gov. Pence if he was going to follow the lead of the governors of Michigan and Alabama and suspend the resettlement of Syrian Refugees.

In addition to the public safety risks, it costs Hoosier taxpayers two to three times more to educate  a refugee than an American-born child.  The Federal government does little to offset the costs of resettlement.

An email was just received from his re-election campaign that he was indeed going to suspend that program.