“Fake News” was responsible for the Spanish-American War when American journalists fabricated atrocities which justified the US invasion of Cuba.  Historians agree that war was caused by what was then called “Yellow Journalism.”  At the heart of the era's newspapers’ propaganda were publishers Joseph Pulitzer (yes, that Pulitzer) and William Randolph Hearst.

Yellow journalism has been defined as journalism that features scandal-mongering, sensationalism, or other unethical or unprofessional practices by news media and individual journalists.   Today it is simply called Fake News.

In 1901 separate newspaper articles, months apart suggested the assassination of President William McKinley. When McKinley was shot on September 6, 1901, critics accused journalists of driving assassin Leon Czolgosz  to kill the President of the United States.  The public made such an outcry that fake news and other offenses had to be addressed.   Joseph Pulitzer was haunted by his “yellow journalism” sins to the extent that it is believed that it led to his founding of the Pulitzer awards.

Perhaps as another response to “yellow journalism,” a few years later, students at DePauw University, a Methodist Church institution, founded Sigma Delta Chi journalistic fraternity.  This organization was based on the support of an honest and honorable press and was the forerunner of the Society of Professional Journalists (SPJ).

Today, journalists find themselves – again -- accused of Yellow Journalism.  This is unfortunate for all of us.

According to Gallup, Harvard, and others, in the minds of Americans, journalism has sunk to new lows not seen within living memory – perhaps since the 1880s’ Yellow Journalism. 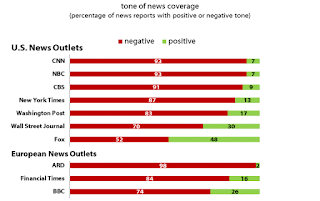 Only eight percent of Americans have a “great deal” of confidence in newspaper and television news according to Gallup.  Further, a May 18, 2017, Harvard University study illustrated that the tone of the press is decidedly “negative.”  Read the Harvard article and Gallup report for more details about press bias.

Several days ago, I became disgusted with a “news” article authored by a local reporter and published in a local news outlet.   Moreover, I was motivated to voice my complaint in the form of a formal written ethics complaint.  Yes, the Society of Professional Journalism has a “Code of Ethics.”  However, after I looked and looked for an internet link or address so that I could file an ethics complaint, I could not find one.  Nope.

Both of my professional organizations have Codes of Ethics and will process and judge a complaint about one of its members.  If that member is found to have violated that code, he/she could have their membership suspended, or terminated.  Accountants, lawyers, engineers, and even meteorologists allow the public to submit ethics complaints.  Organizations protect their reputations by expelling those that violate their rules.

An investigative journalist friend and a member of the SPJ Board of Directors (maybe she will de-friend me after she reads this article) said that there was no mechanism that would allow me to file a code of conduct complaint with the SPJ.  I said that this was like having a gun; but, no bullets.  It was like having speed limits; and, no traffic cops.  She did not disagree.

Next, I went to the head person and contacted the Society of Professional 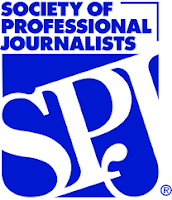 Journalists’ Executive Director, Mr. Joe Skeel.  After a few days, he responded, “You are right that our Code of Ethics isn’t enforceable.”  Further, he said that “The reason we can’t enforce our Code is because (sic) doing so would violate Free Speech protections under the First Amendment.”  What??

Are we to believe that the U.S. Constitution prohibits journalists from enforcing their own Code of Ethics?  What deceptive nonsense.  Shame on the Joe Skeel and shame on the SPJ.

The SPJ clearly does not have a Code of Ethics.  The Society of Professional Journalists has a list of unenforceable suggestions.  Are they hiding behind the First Amendment?  Is this partly the cause of the small percentage of Americans that trust the press?